2 Electrifying Lessons From Game of Thrones To Increase Sales 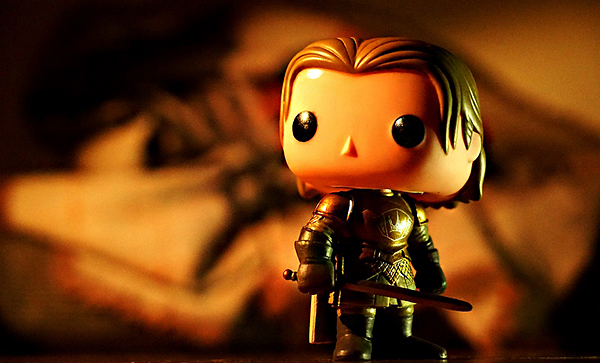 Nothing is permanent in this world, every moment the things keep changing. The principle of change is applicable to all, whether it is the entertainment world or the sales arena. Last year the most popular TV show was “Roseanne". Among the current shows, the most action-filled and entertaining series is “. Also it is one of Game of Thrones” the most highly anticipated and entertaining series. This popular show comes with a lot of lessons related to sales and Sales Management.

Business big or small requires sales at every stage. Every day the leads will be in an indifferent stage of the sales funnel, like negotiating, follow-up, and closing. Various sales strategies are adopted by the companies to stay afloat.

In the series “Game of Thrones” right from the first season till season eight, there are many characters and plots with twists and turns. There are numerous characters but here we will be discussing only two characters; who have transformed themselves and reached the helm of the seats.

Tyrion Lannister, often called half-man, was once looked down upon by others. He is one of the most intelligent and sly characters on the show. In beginning, it looked like it will be difficult for him to survive but has thrived and became the most trusted aide of the Queen. He knew he cannot survive as a warrior on the battlefield, so he used his tactful mind to study the opponents, form strategies, build alliances and execute his plans.

The lesson we learn from this character is to identify your strength and build the war plan based on it. In Business parlance, the sales force is the strength of an organization. Like Tyrion, work out strategies to strengthen the sales team, with the right tools and techniques. The crucial step is to equip the sales team with the proper data to work with. Companies might be having a lot of data but it is not of much use if not utilized in the right manner. It is advisable to compile the data from different sources (for example characters like Jorah Mormont, Ser Barristan Selmy, Missandei, Greyworm, and Tyrion Lannister.). Consolidated data should be seen in a unified view for better leads follow-up and conversion. Like Tyrion, study your opponents, see how they approach the customers and how they convert.

The next important character we will discuss is Daenery Targaryen now the Queen of her people and one of the lead characters. If you remember, once Daenerys was a confused, young girl being sold off to a Dothraki warlord. Now in the final season, she is now a formidable leader with a courageous army; surrounded herself by wise and experienced people, such as Jorah Mormont, Ser Barristan Selmy, Missandei, Greyworm, and Tyrion Lannister. The lesson we learn here is that the decisions you make will be based much of the time on the people you are surrounded by.

From a business perspective, there is a lot to be learnt from Daenery, never lose hope in any situation. Build the sales plans, approach, and strategy backed with the latest technology. If one loses the grip on what is happening in the sales and tech cosmos then it will be difficult to regain the lost opportunity. We should have a counsel of technology and devices – like ERP, CRM, ASFP, and lots more. The counsel from tech will standby the company and help at every step of sales and conversion with the right and proper advice and inputs.

Analyze the blind-spots of sales and build your skills. Always try to distance from Joffrey Baratheon type of characters from the sales world.

The level of acceptance for the CRM tool and its use in the organization defines its success. Toolyt, as leaders in Sales Productivity Automation System and CRM, have been helping the companies with CRM management. Toolyt has integrated with other digital solution systems like Floatbot and Mobillor to give the customer absolute sales solutions. The flawless automated bot solutions for increasing sales and customer satisfaction.

The Schindler's list of every Sales Rep is the Goal. Goals for Sales Rep are represented in two phases, one...

4 Theories Which Shape The Salespersons Unintentionally

Salespersons are the real growth engines of every company. If the sales go well, then everything in the organization looks...

How Medical Reps Can Earn Trust And Credibility To Increase Sales

With the advent of technology and cybernetics, easy accessibility of the internet, Doctors pursue and explore the internet to seek...

As the curtains of the old year come down, the New Year discloses the hopes, changes, and resolutions. In fact,...

How To Pay Attention At Each Stage Of Sales Cycle

A sales cycle is a process of sales approach undertaken by the organizations to sell. Crucial and visionary steps to...

How Adaptive Selling Can Change Your View About Sales

Adaptive selling is the adaption of sales behavior and style, based on the sales situation. It also takes into consideration...